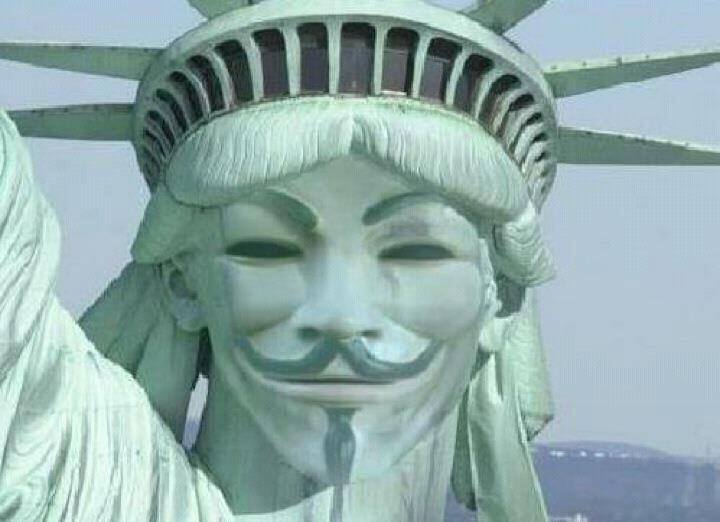 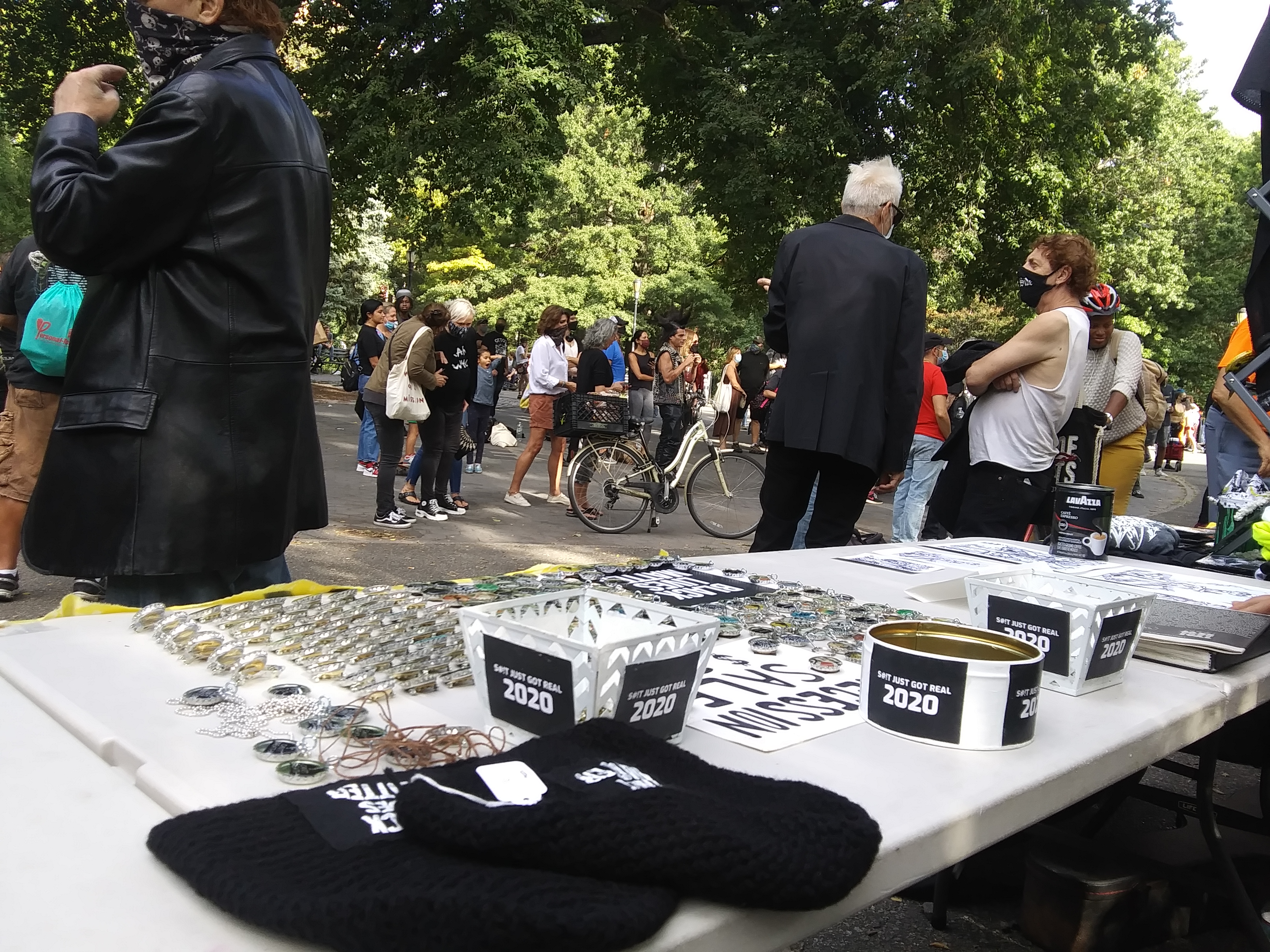 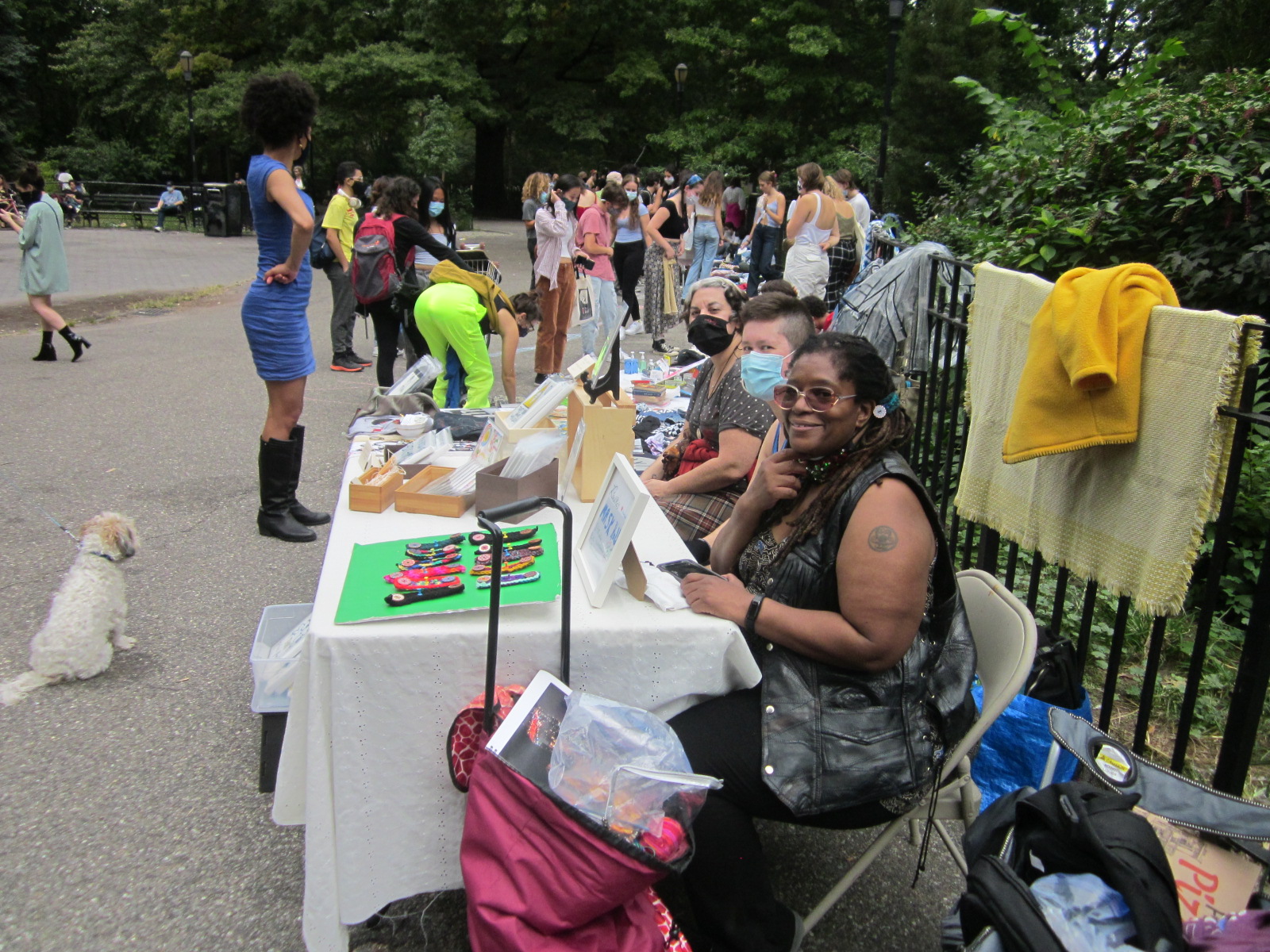 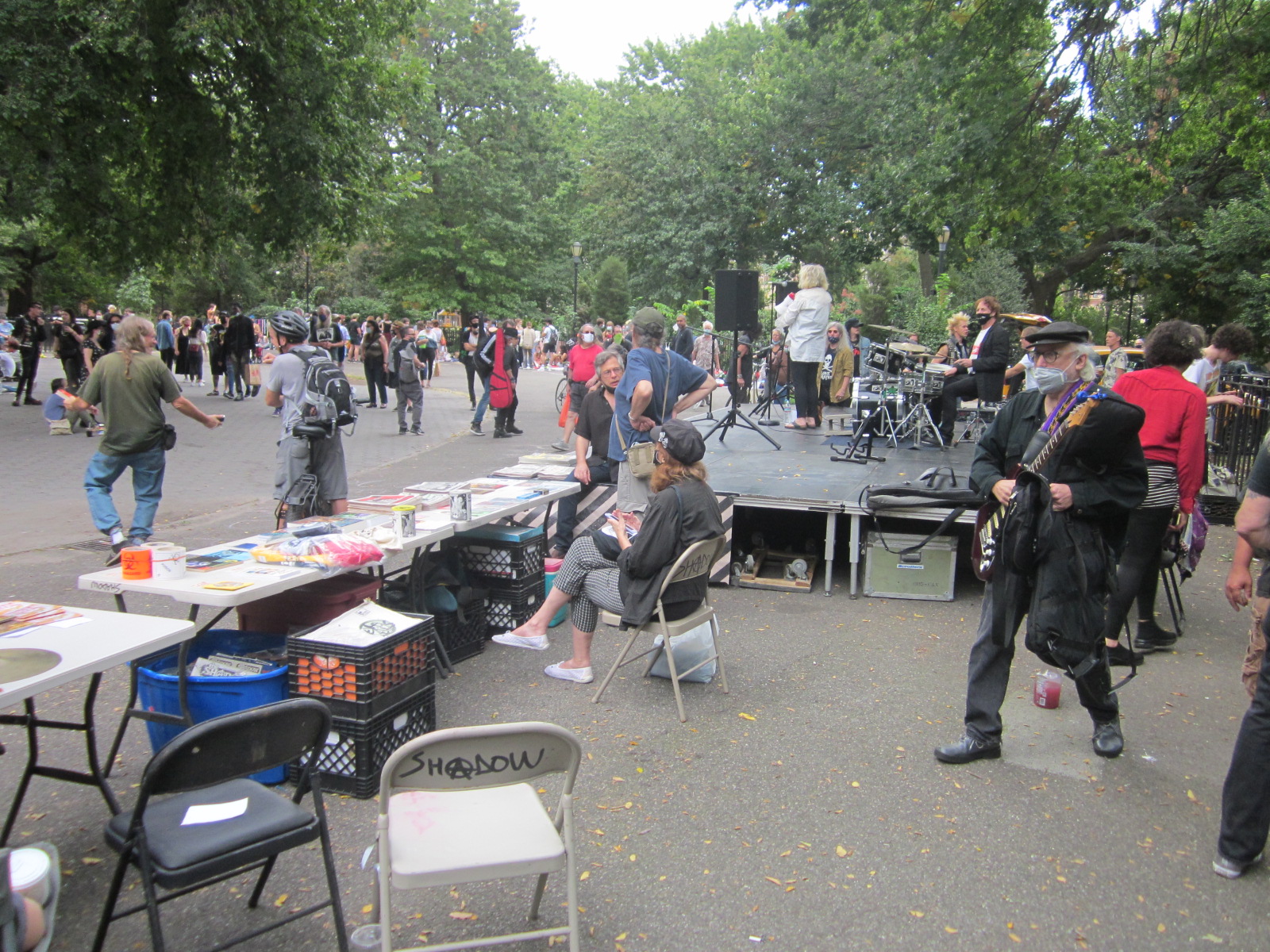 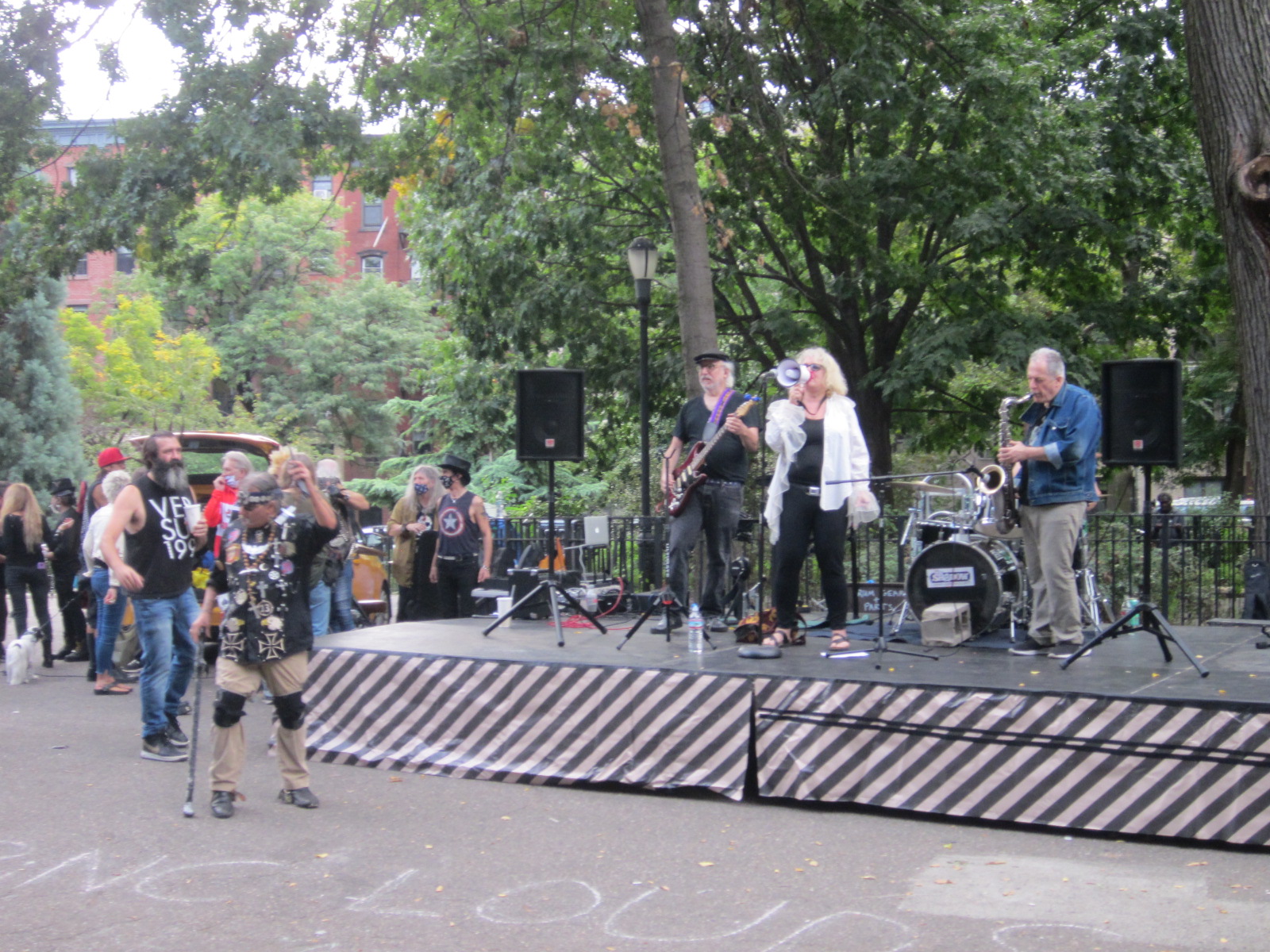 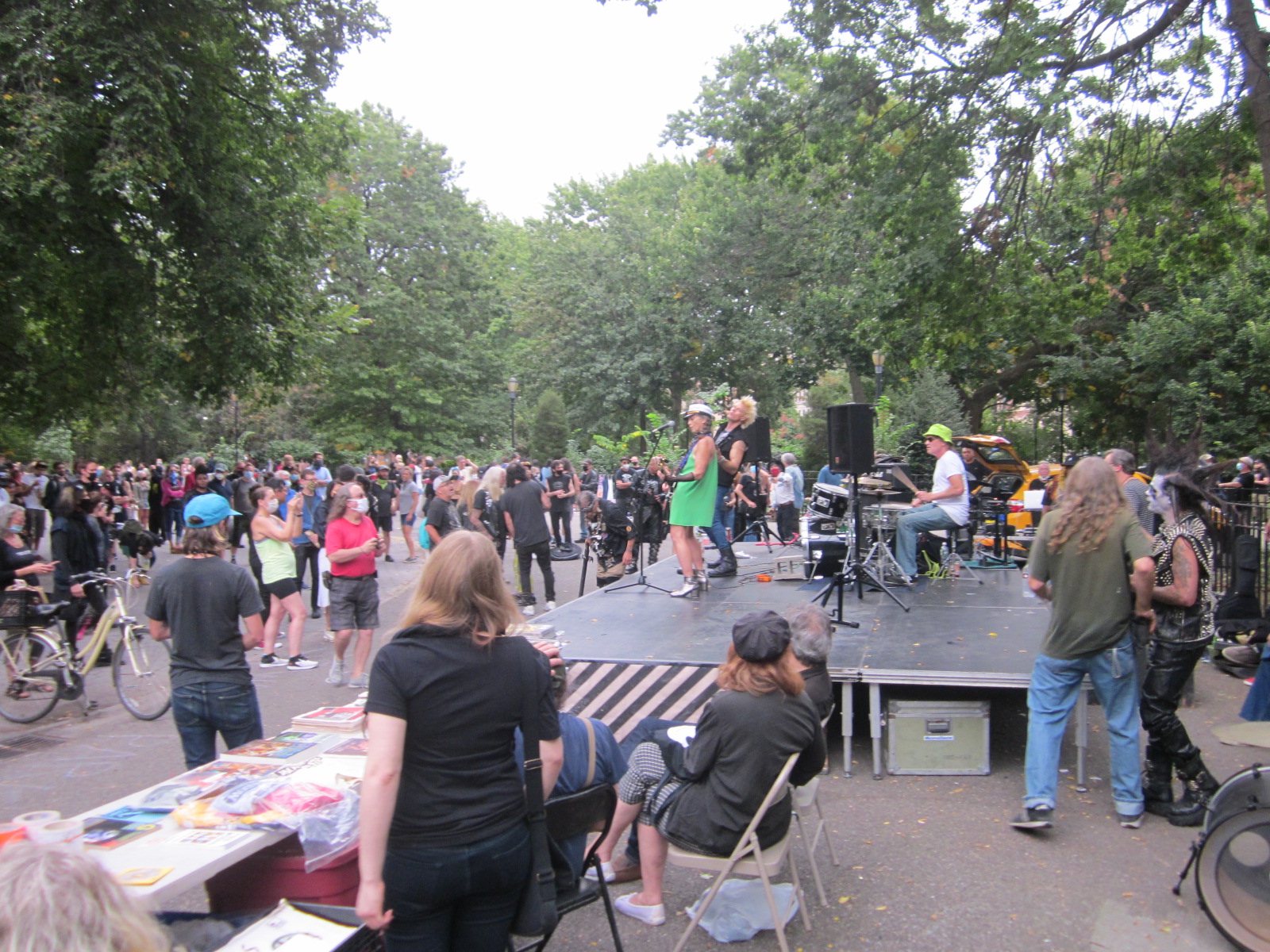 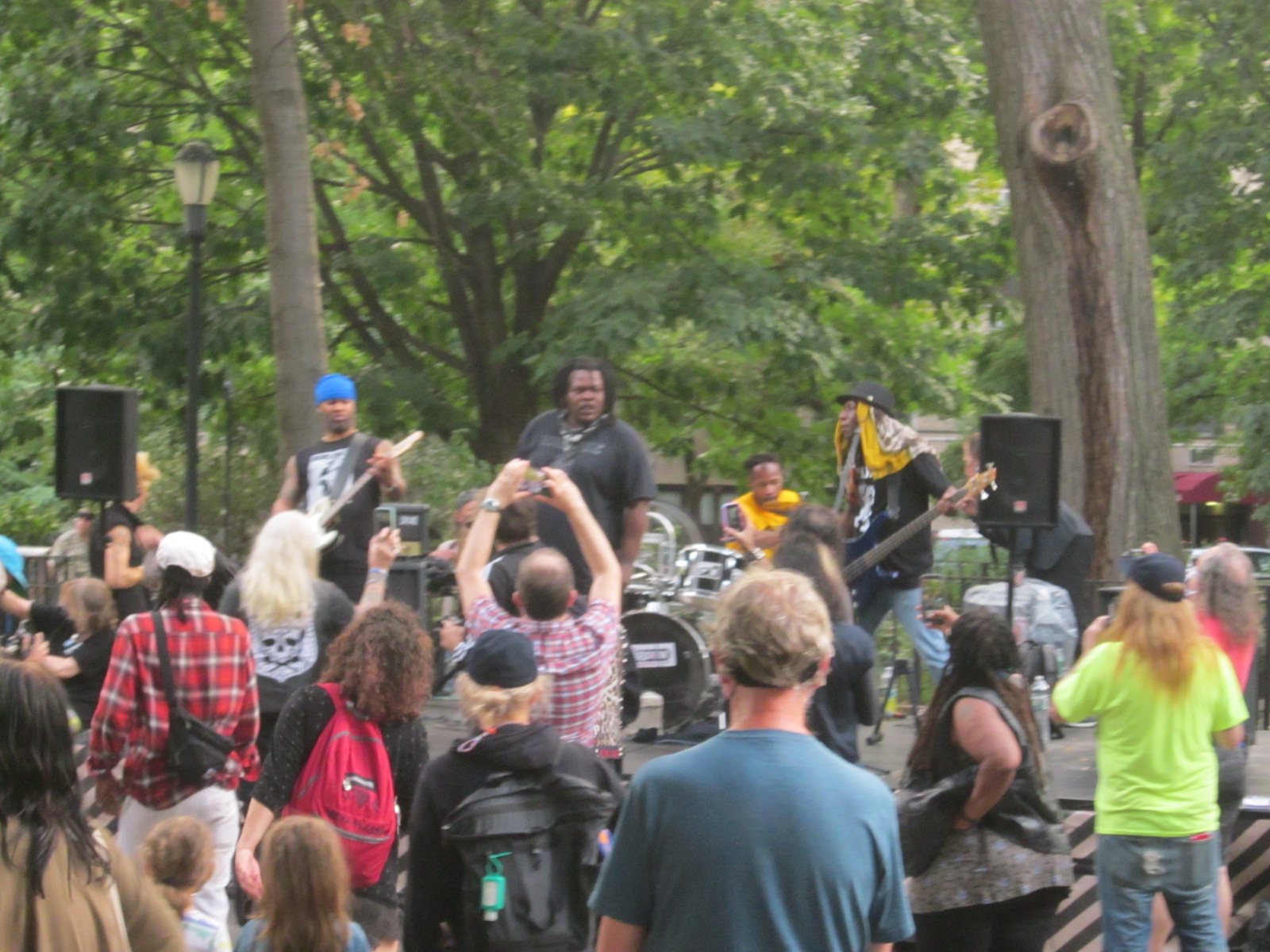 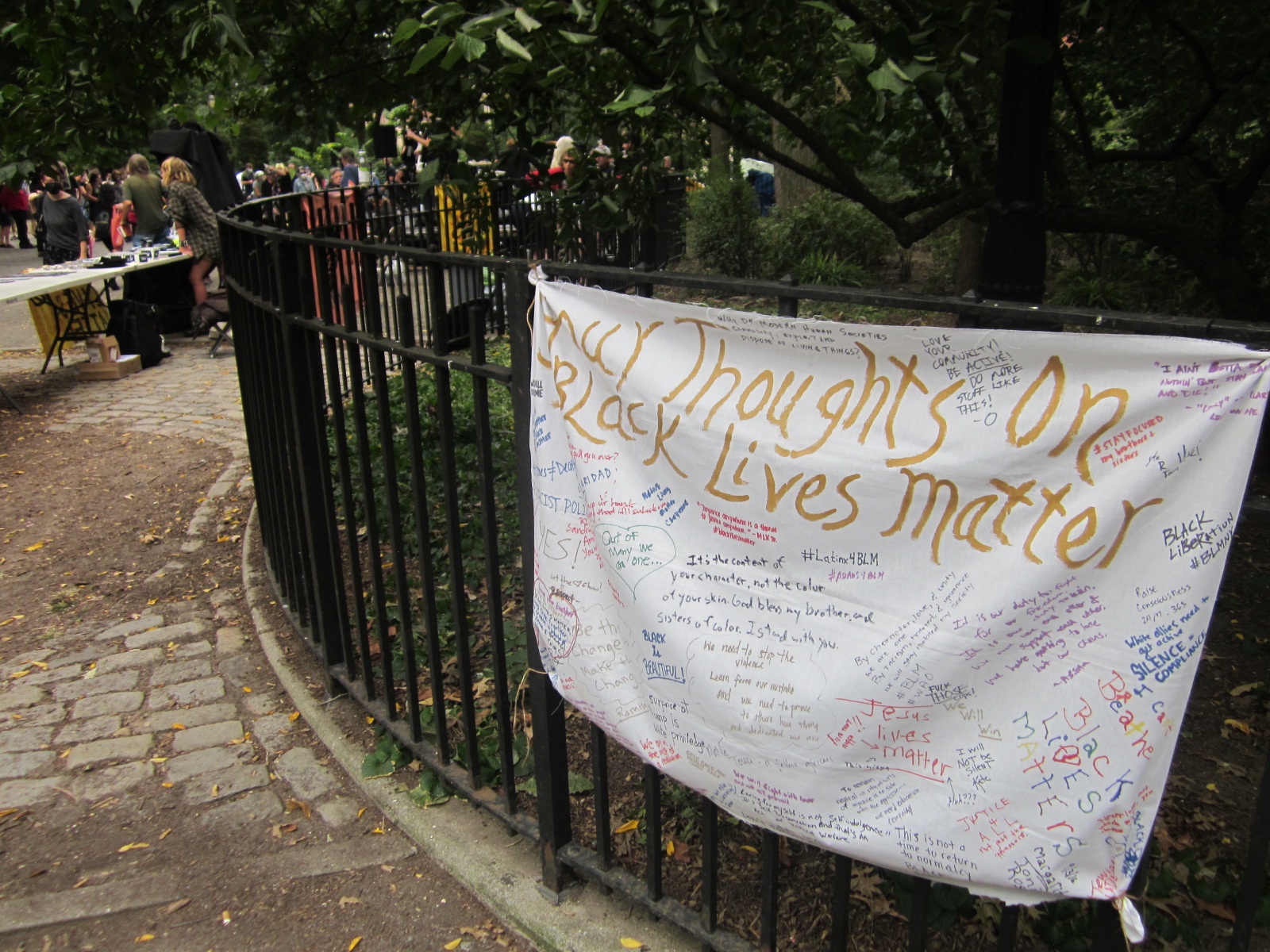 And in the midst of all of those Black Lives Matter protests going on, and that scary virus that came from out of nowhere earlier this year to where it now seems like that mayan calendar date wants to read 12.21.2021 instead of 12.21.2012 or something, there was another one of those The Shadow Tompkins Square Park concerts that took place at Tompkins Square Park this past weekend, after that scary virus that came from out of nowhere appeared. And it was another concert that I found myself attempting to vend that Black Lives Matter jewelry at and displaying those your thoughts on black lives matter banners at, along with other arts and crafts vendors at this event. And Chris Flash’s The Shadow Presents: Autumn in Tompkins Square Park Facebook event invite read as follows:

It’s that lovely time of year when neighbors get together to celebrate the cultural vitality of their community in our beloved Tompkins Square Park.

in addition to speakers, information tables with local crafts, we will have the following musical talents:

AND: Seth Tobocman (WW# Illustrated) will do a slide show with Eric Blitz and John Wagner.

Brought to you by: The SHADOW, John Gabriel, Eddie Mack, the undying spirit of Uncle Don Yippie and….THOSE F*CKING ANARCHISTS!!

And Chilis on Wheels were serving some really good vegan food as they seem to do on Saturday’s in this park and extinction rebellion youth had an XR Youth NYC Guerrilla Flea Market on this day also. Climate change is real. And after the Parks Department showed up to shut down that concert a few minutes early, or on the dot, or near the very end, I guess, as in that blurry photo that finds itself posted above,  Seth’s slideshow started, in the dark, in what seemed like a few hours after the concert had ended. And it was an Occupy Wall Street mic check kind of a slide show without a mic. And if my ears heard correctly, he introduced Michelle Shocked who played a few songs into the night, as in that other blurry and dark photo that finds itself posted above.  And what else is there that can I say about this concert that has not already been said in all of the photos that have already been posted in social media land, except to say that between the bands, the merchandise tables, the vendors, the dancing, the music, music  and more music, it seemed to be a great day for another outdoor show and concert in the park. Have a great Tompkins Square Park concert day and more.