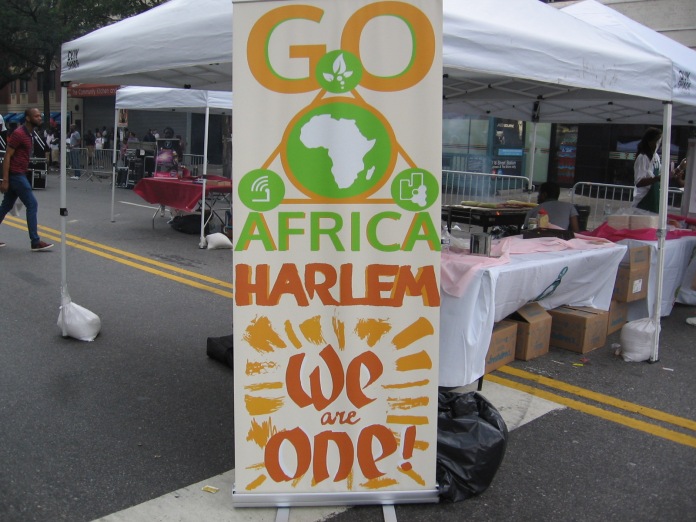 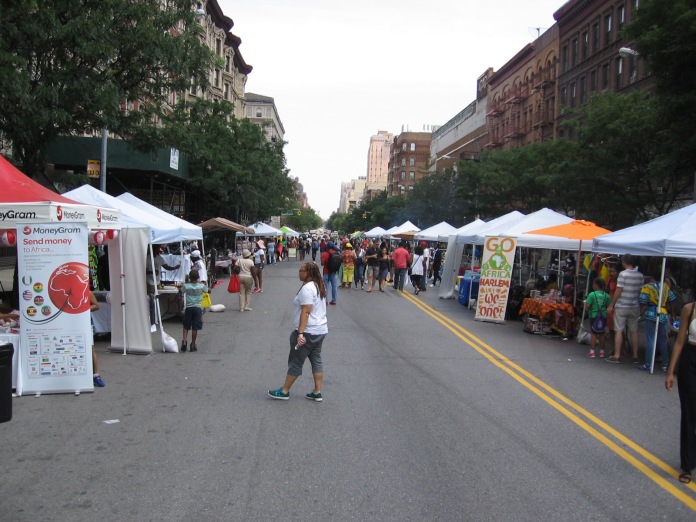 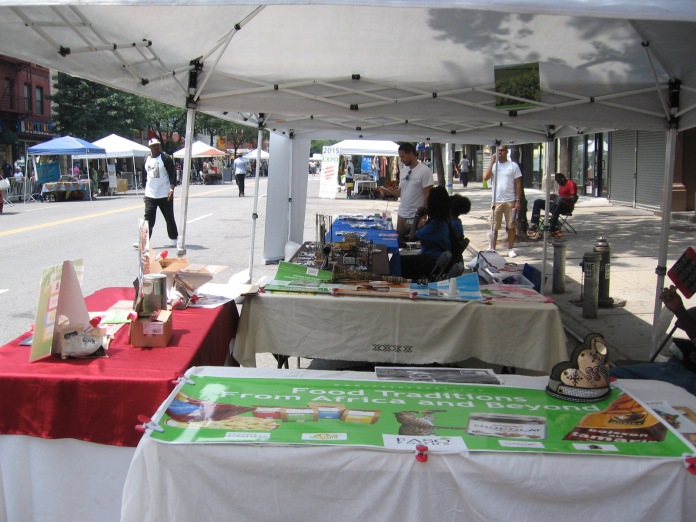 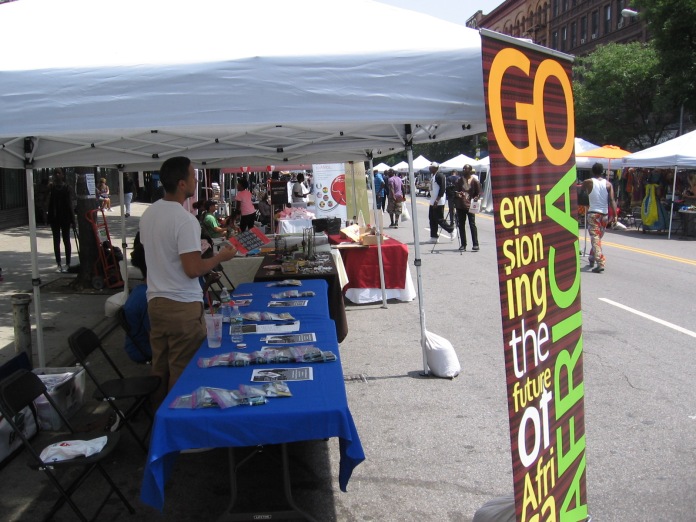 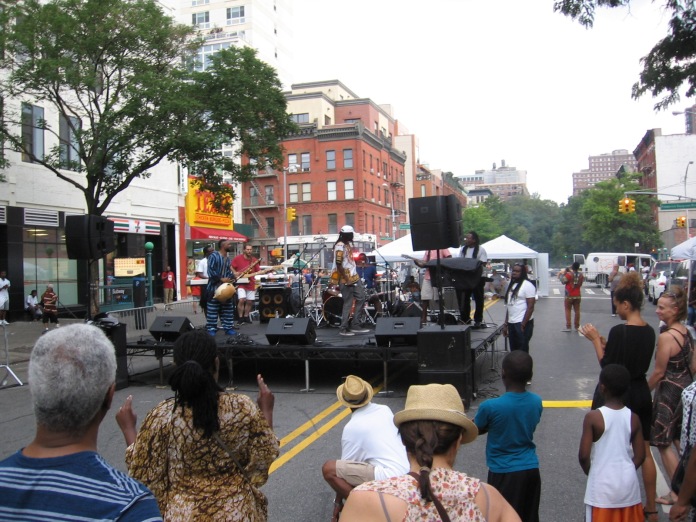 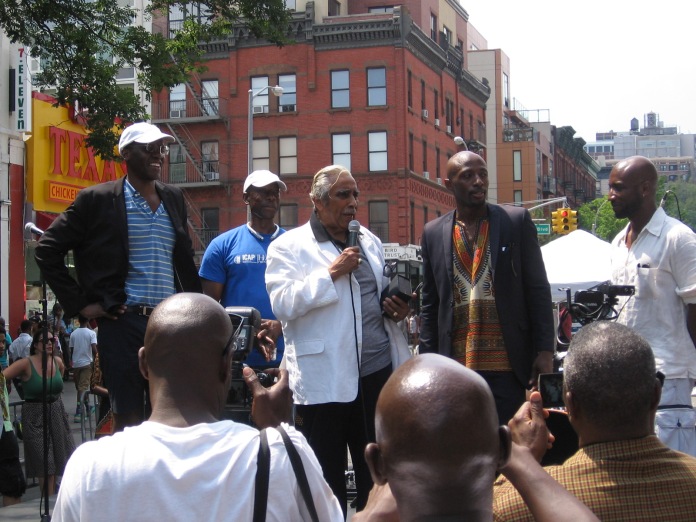 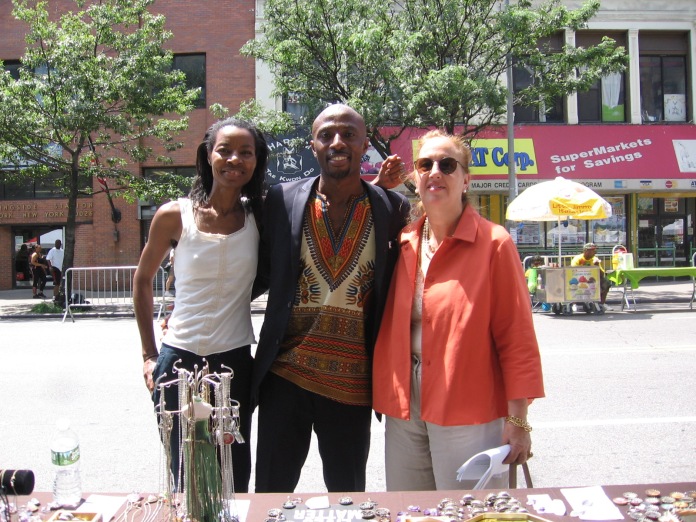 Hey again bloggers, or whoever could be reading this blog.  Okay, so in the age of social media web 2.0 user generated content, I have all of these photos sitting here from a few weeks ago or so, that just seem like they want to be shared on the internet somewhere, hence this blog post, again, in an attempt to maintain content for this blog and my other blagh whenever bloggers block possible.

And so there was a Go Harlem Street Festival 2016 the other day in that city of New York where I attempted to vend those DecorForU ‪#‎berniesanders‬, ‪#‎blacklivesmater‬,‪#‎occupywallstreet‬, ‪#‎brooklyn‬, ‪#‎harlem‬ and ‪#‎yoga‬ necklaces, magnets and key chains for $1 each as one of those vendors at this Harlem Street Festival.  And it seems like I may have spent more time attempting to take photos of Gale A. Brewer, Manhattan Bourough President, and Charles Rangel, a member of Congress, who were speaking at this festival, as in some of those photos that find themselves posted above, then attempting to vend that jewelry.  And according to that Go Africa Network Facebook page post that reads something like:

And according to that  Go Africa Network 2016 website page, they were proud to announce a lot of people, politicians, musicians, vendors and beyond and more to this event, as their description of this Harlem Street Festival read as follows:

New York, NY — The second annual Go Africa Harlem Street Festival will be held Saturday, July 16 from 10 a.m. to 7 p.m. on 116th Street within the boundaries of Adam Clayton Powell and Frederick Douglass boulevards in Harlem.

Manhattan Borough President Gale Brewer, a sponsor and supporter of the festival, will serve as the grand marshal for the event.

Shaun King, senior justice writer for the New York Daily News and a prominent civil rights activist known for his use of social media to shed light on social causes, will serve as Co-cost for the event with  Charlene (“Charlie”) Cooper from WFXR, Fox News

Some of the restaurants that will be participating in New York African Restaurant Week (NYARW) 2016, will be in attendance. A Taste of Africa, a community-based organization dedicated to promoting the best of African cuisine and culture that organizes the annual NYARW, is among the supporters of the event.