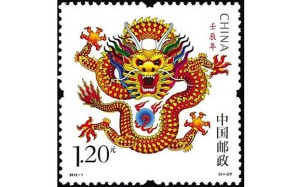 And on this blogging day finds itself as Occupy Wall Street Day 116. And Occupy Wall Street and that global revolution of a movement Occupy together are still moving fast. The year of 2012 has arrived and if you ask a Mayan, it’s 2012AD or that 13.0.0.0.0 baktun thing, a doomsday end of the world long countdown for the Maya 2012 calendar that started on Winter Solstice December 21st. And it’s also the year of the dragon that will arrive on February 4, 2012 according to that Chinese Zodiac, Horoscope. And the year of the dragon reads something like, “According to Chinese Five Element Astrology Calendar, 2012 is the year of water dragon. The color of Water in Five Elements system is related to Black. Therefore we can say 2012 is a Black Dragon, Water Dragon or Black Water Dragon year. Dragon is a legendary animal and it is symbol of emperor in China. Since the Dragon is coated with mysterious color, Chinese consider that the dragon is unpredictable, untouchable and people cannot see its head and tail at the same time. Therefore, we can might see something unexpected happening in 2012. Also a person with too many dragons in the Chinese astrology birth chart will become smarter, sly and unpredictable in the coming year.

2010 was the Year of White Tiger and is the beginning year of the Wood cycle. 2011 was the Year of White Rabbit and is the middle year of the Wood cycle. The Dragon of 2012 is the last year of the Wood cycle. Dragon is the transition year to the Fire Cycle. The energy of Wood is in the East side. The energy of Fire is in the South side. We never know what will happen when turning from East to South. That’s another sign of unpredictable Dragon year. You can have either good luck or bad luck in 2012, and will have a chance to turn it into better or worse luck.
Before predicting your luck in 2012, you have to know what Type of Element you are and what your Lucky Element is from your astrology birth chart. The Lucky Element is the major factor to determine people’s fortune. 2012 is the Year of Black Water Dragon, which contains Earth, Water and Wood. If your Lucky Element is Earth, Water or Wood, then 2012 will bring you some degree of luck. Since 2012 is Water Dragon, people whose lucky element is Water will benefit more in 2012. Fire is the opposite element of Water. People whose lucky element is Fire will have more impact in 2012.
Have a great 2012 year of the dragon.